Kannada film actors Darshan Thoogudeepa, Devaraj and his son Prajwal suffered injuries after a high-end car they were travelling in ran into a divider in Mysuru on Monday. 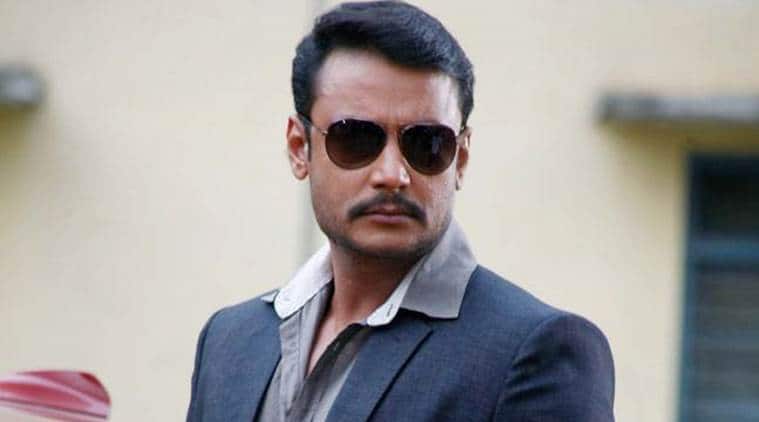 Kannada film actors Darshan Thoogudeepa, Devaraj and his son Prajwal suffered injuries after a high-end car they were travelling in ran into a divider in Mysuru on Monday.  Roy Anthony, the driver of the vehicle that belongs to a hotel here, also suffered injuries. The injured have been admitted to Columbia Asia Hospital on Mysuru-Bengaluru Road.

According to V V Puram traffic police, around 2.30 am, the car skidded and hit the median after one of its tyres burst, in front of JSS Urban Haat junction near Hebbal outer-ring road junction.While Darshan suffered a fracture in his right forearm, Anthony’s right shoulder got fractured. Devaraj suffered fractures in his left hand fingers while his son Prajwal received minor injuries on his forehead.

Darshan’s friend Antony Roy, who was at the wheel, too was injured in the accident. All the three are being treated at Columbia Asia Hospital in Mysuru. Sources confirmed that Darshan had suffered a fracture of radius bone and was operated upon immediately while Devaraj got a finger of his left hand injured. Roy is injured in his thigh bone. Devaraj’s son Prajwal Devaraj had escaped unhurt.

Police sources claimed as it was raining heavily in Mysuru probably the driver of the car – Audi Q7 may have lost control over the vehicle near JSS Urban Haat, a crafts bazaar, on ORR, and hit the electricity pole. The SUV belonged to Darshan.