With various sexual harassment allegations on eminent personalities from the Bollywood fraternity such as Alok Nath, Vikas Bahl and Nana Patekar, one can say that the #MeToo movement has reached the Hindi film industry. In the wake of the movement that had earlier taken Hollywood by storm, former actress Tanushree Dutta accused veteran actor Nana Patekar of sexual harassment. Tanushree’s fight for justice has now taken a legal turn. Meanwhile, Dutta’s brave step has now pushed several victims to share their stories. The recent one to share her story is Bollywood actress  Chitrangada Singh.

The actress in an interview to Bollywood Hungama stated that she too faced harassment on the sets of ‘Babumoshai Bandookbaaz’ and that her co-actor Nawazuddin Siddiqui did not come out in support when the producers and the directors of the show harassed her over a particular scene. Supposedly, the actress was to do a love-making scene with the leading lady, but when she refused because he was uncomfortable, she was subjected to a lot of taunts.

Chitrangada Singh talks about her me too story from back in 2016 and says how Babumoshai Bandookbaaz co-star Nawazuddin Siddiqui did not come out in her support.

Amidst the wave of all the Me Too stories, actress Chitrangada Singh too opened up on the harassment she faced during the shoot for Babumoshai Bandookbaaz. The actress spoke about how Nawazuddin Siddiqui did not come out in her support while the producers and the director harassed her over a particular scene.   suggest that Chitrangada was supposed to do a love making scene with the leading man, and when she refused to do so because she was uncomfortable, she was subjected to taunts. Eventually, she had to put her foot down. The actress was asked to take off her sari, get on top of the hero and rub herself. 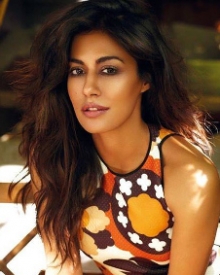 In an interview with Bollywood Hungama, the actress said that she pleaded the makers and told them that this wasn’t something she was comfortable doing and that she was wearing just a petticoat under the saree. On expressing her discomfort, the director told her not to create a fuss and just do what is required. She was threatened and intimidated to do it, and some of the crew members were mortified. She further stated how Nawazuddin just sat there and waited for the storm to blow over.

Post the incident, the director, Kushan Nandy visited her and instead of asking if she was fine, he just asked her if she was doing the scene. When the actress denied, he left. She further expressed how Nawazuddin could have taken a stand against the harassment she faced but he didn’t. She then highlighted how if the men in power don’t take a stand, it only proves to be of further encouragement to the harassers. She said how when she did speak about it two years ago, she was asked to pack her bags and tagged as troublesome and moody.

Questioning the exploitation that prevails in the industry, she also highlighted how it is true that women are the worst enemies of their own kind because raising the voices means nothing when another actress steps in after such an incident that happened with someone. She also added how the lady producer of the film only made things worse for her.